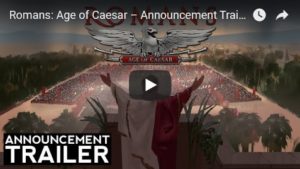 We have just announced Romans: Age of Caesar, a co-operative strategy MMO and spiritual successor to Stronghold Kingdoms! Pre-registration for the game’s first closed Alpha is now open, with our announcement trailer revealing Romans to prospective governors worldwide.

Building on the unique MMO design of Stronghold Kingdoms, Romans is an online co-op city builder with thousands of players working together to rebuild Rome. The result is a shared world builder that returns to the classic Roman setting designer Simon Bradbury and producer Eric Ouellette made their name with before founding Firefly Studios in 1999. 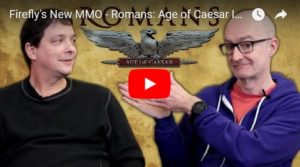 In Romans players must rebuild the empire as they share resources, re-establish trade routes and protect their cities from barbarian invasion. Experience classic city builder gameplay online across on an entire continent as you build, trade and fight together with 15 other players in each city. Revive the republic and restore the Roman Empire to its former glory!

Planned for both PC and mobile with full cross-platform play, Romans: Age of Caesar is scheduled to release later this year.