Jump into your favourite game world and begin your ascent in Stronghold Kingdoms’ first ever ‘Tourney’ time-limited event! Not sure what to do? Watch the new video where Nick demonstrates exactly how tournaments work: 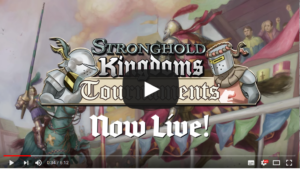 What is a ‘Tourney’?
Tourneys are limited-time contests in which players across all game worlds (not including special worlds such as Rise of the Wolf) compete in various in-game PvE activities for fame and in-game loot. Starting with ‘Canine Control’ each Tourney will cover a unique aspect of gameplay, making each facet of Stronghold Kingdoms even more rewarding!

I’m just a Bumpkin… How can I compete with a Prince?
You won’t have to! To give all players a fair chance at earning rewards each Tourney is divided into three leaderboards, the one you compete in dictated by your player rank. If you rank up across one of these boundaries during the course of a Tourney your score will be transferred to the new leaderboard:

How do I enter a Tourney?
That’s the easiest part of all! There is no button to press, invitation to accept or Gods to appease, simply log in and play Stronghold Kingdoms as normal. Once you take an action related to the current Tourney (e.g. Kill a wolf during ‘Canine Control’) you are automatically entered into the Tourney and added to the leaderboard.

Right. Now what about those prizes?
In each leaderboard players compete for one of three prize bands. The first two bands are based on a player’s position on the leaderboards at the end of a Tourney, with the third awarded to all players who fulfill a minimum requirement (e.g. Kill at least 500 wolves in ‘Canine Control’).

So I can win without finishing at the top of my leaderboard?
Yes! While the top players will be rewarded for their extraordinary achievements, *everyone* has the chance to earn mighty prizes by simply playing the game. The minimum requirements for the third prize band are also adjusted to each leaderboard’s ranks, making it easy for all players to score big at the end of a Tourney.

Fantastic! What can I win?
For ‘Canine Control’ prizes will include Card Packs, Premium Tokens, Wheel Spins, Faith Points, Gold and powerful individual cards. Future Tourneys may have completely different prizes to win.

How will I know a Tourney has begun?
Tourneys will take place on a regular basis, simultaneously across all normal type worlds. You will see the Tourney icon appear in the lower left corner of the world map screen to signal the start of a new contest.

Any advice on how to win?
As with quests the secret to success is exploring and mastering all the aspects of gameplay in Stronghold Kingdoms. Learn to effectively kill AI enemies, become a prolific scout and research all the economic paths required for a flourishing Kingdom.

Can I compete in Tourneys on the go?
Fantastic question, Sire. As you may have heard Stronghold Kingdoms is now available on both and Android and iOS, letting you rise through the ranks wherever you are! 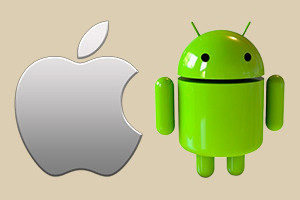 Where can I find out more?
Check out our official Stronghold Kingdoms Wiki for detailed information on the Tourney system, the leaderboards and how to collect your prizes once a Tourney has come to an end.

To give us feedback on today’s update please head over to the official Stronghold Kingdoms Forums. Let us know what you like about this new gameplay addition and what you would love to see in our next update!