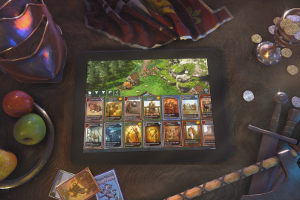 Ever since announcing our plans to redesign Stronghold Kingdoms for mobile devices you have been asking to see the game. Now that we’re entering the final stages of development it’s time for us to reveal all! In the run up to Gamescom Lords and Ladies have flooded our inbox with requests for updates on the project, so today it makes us very happy to reveal the first in a series of Q&As, trailers and development updates!

You wanted to know exactly what the new mobile version looks like and now that we are finally nearly release it’s time to show you! While we demo and play the current build with press at Gamescom, we want to share those same insights with you directly, giving you your first look at the game with our first gameplay trailer: 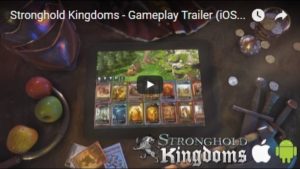 With over 5 million registered players on PC and Mac, our mission on mobile has been to create a new version of the game for iOS and Android that meets your expectations. We want to give you the full Kingdoms experience on mobile with no concessions, meaning it’s not just another companion app! We’re close to achieving that now, with just a few final changes and of course testing, testing and more testing before we’re able to launch. Our first closed beta will take place in the next month or so, helping us tweak the game with your feedback before putting it into soft launch in one country, ahead of the global launch soon after. Want to know more? Then check out out Gamescom Q&A: 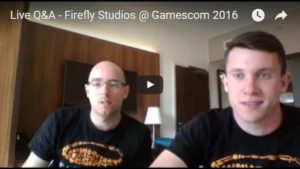 As you may remember we first announced Stronghold Kingdoms for iOS, before confirming the development of an Android version soon after. As Android users ourselves we hear you loud and clear and we are striving to release both versions of the game as close to each other as possible for our small studio. While the exact release dates for iOS and Android are still unconfirmed, as the above video shows we are actively developing both versions with our focus on a single release window.

Can’t wait? You can be the first to know, secure an early spot on new worlds and even get free card packs by pre-registering! Get notified by email, have immediate access to the game at release and receive a ‘Kingmaker’ Starter Pack containing plenty of powerful cards: 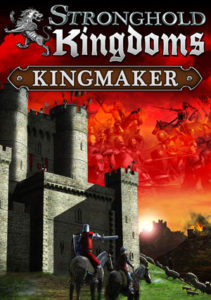 Please Note: The iOS/Android ‘Kingmaker’ Starter Pack can be redeemed on accounts that have already redeemed the Humble Bundle Kingmaker pack.

And There’s More to Come

We know you still have lots of questions, so our mission over the course of the next few weeks will be to keep you as updated and informed as possible. Please look out for more gameplay footage, developer diaries and updates as we enter closed beta and soft launch.

So if you weren’t around to ask questions during our live stream and still have unanswered queries don’t panic! Simply tweet us, leave a comment on YouTube or Facebook and we’ll work this information into future video updates.